During his new 16-part MasterClass, Aaron Franklin pledges to show you exactly how he would train a new member of his FranklinBBQ team from the ground up.

Having the opportunity to learn barbecue techniques from the James Beard Award-winning chef and owner of FranklinBBQ is a thrilling possibility for any barbecue aficionado.

While Aaron has previously shared his barbeque knowledge through his popular online series and best-selling book, he has never given it at this degree of detail before.

In this review, we’ll go over what you’ll learn and determine whether or not the Masterclass is worth the monthly fee.

The BBQ business that Aaron’s parents owned for a few years when he was around ten years old was a family tradition.

Even though they only prepared twelve briskets a day and were only available for business at lunch, it was a lot of effort. Naturally, Aaron joined the family business and began working in the kitchen, where he discovered a passion for food preparation.

Now fast forward to when he is 24 years old, and he has purchased his first smoker with his girlfriend — who is now his wife — and has prepared his first brisket.

He was so taken with the process that he decided to create his own barbecue joint before the brisket was even finished cooking.

His backyard BBQs were so popular that he invested in a 500-gallon propane tank that could hold 12 briskets and began catering to crowds of hundreds of individuals.

The ideal brisket was finally cracked, and he acquired a $300 truck to sell it from on the side of the road. As word spread about his famed brisket, the queue surrounding the restaurant grew longer and longer every day.

Since its inception, the restaurant has received numerous awards, including the coveted Texas Monthly award for best BBQ spot in the state of Texas.

If you haven’t heard of MasterClass before, they are a company that collaborates with well-known professionals to create online multi-part lectures on a variety of subjects.

If you haven’t heard of MasterClass before, they are a company that collaborates with well-known professionals to create online multi-part lectures on a variety of subjects.

In addition to Gordon Ramsay, Martin Scorsese, and Stephen Curry as instructors, the roster of participants is impressive and diverse.

Previously, you could purchase each “Masterclass” on its own, but now you’ll need to subscribe in order to gain access to the whole collection of courses.

The course trailer below demonstrates how the course is organized, as well as the degree of quality you should expect.

MasterClass is an acronym that stands for Mastery of the Arts.

In accordance with the name, the MasterClass initiative’s proposition is to

Invite well-known persons to share their insights on how they become well-known.

Taking a single MasterClass costs $90, while accessing all 80+ classes costs $180 for a one-year subscription.

The annual subscription offers additional benefits as well: in order to keep you coming back year after year, the platform must constantly growing its offerings.

Non-stop celebrity appearances are on the way, as is an expanding range of topics ranging from poker to space research!

But keep in mind… MasterClasses are recorded and then frozen in time to preserve their memory.

Having said that, there are occasionally opportunities to submit questions and have them answered by the Masters themselves during a Live MasterClass event — and Aaron Franklin has taken part in one of these sessions previously.

There is also a limit to how much you can learn in the 3-5 hours it takes to complete a MasterClass. They are typically concerned with overarching themes rather than minute details.

However, as the company’s founder David Rogier points out:

“There’s just something you can learn from the finest of the best that you can apply to whatever portion of your own life you want to apply it to.”

So continue reading to find out if Aaron Franklin can assist you in commanding the pit and having you grilling like a pro.

What exactly is covered in the course

The Masterclass is divided into sixteen sections. Each section includes a video in which Aaron teaches a specific topic, as well as a corresponding PDF download.

Each video is between 5 and 35 minutes in duration, with some topics being divided up into many films to accommodate the length of the videos. The section on Brisket is the most extensive, consisting of five different sections.

There is a brief explanation of each lesson available for viewing on the course description page of the MasterClass website.

The course subjects can be divided into three categories: theory, practical recipes, and certain issues of general interest.

If you’ve seen his web series, the recipes will look familiar, but they go into a lot more detail than what you’ll find there. You’ll learn how Aaron prepares Pork Butt, Pork Ribs, Steak, and, of course, Brisket in this comprehensive video.

Besides hands-on experience, there’s a lot of theory to learn about wood, fire, and smoke, meat selection, and working with offset smokers.

How do the recipes (lessons) look and feel?

There were a number of courses in this MasterClass that were well-structured, which I would refer to as Franklin’s “recipes,” because he has something for us in each of these sessions that we will find to be beneficial.

As previously said, Aaron has covered over 16 classes in which he does not repeat the same subject matter but instead delves deeply into a certain topic or cooking approach. Believe me when I say that he goes deep.

Because it would take an entire article to go over all of the lessons in depth, I’ll just summarize and emphasize the most important points to remember from the course.

How to start a fire for your Texan-style barbecue

Having the ability to build and manage a fire that creates clean, flavor-filled smoke is a necessary skill. The taste of your meat will be terrible if you do not know how to do it properly.

The ability to build a fire is one of the most difficult skills to master. The current way of life means that most of us, including myself, don’t have to worry about starting a fire very often.

As a result, this lesson was really beneficial to me. Fortunately, it isn’t all that difficult to accomplish. To get things started, Aaron suggested using frying oil and paper, which I thought was a great idea and I’m sure it worked well.

How to Choose the Proper Wood for a Barbecue

I also found it intriguing to learn about the role that natural wood plays in the preparation of food.

Aaron adds that the wood you use must have some moisture remaining in it and must come from the appropriate tree kind in it to be effective. It is possible to make smoke that softly tastes your food if you use the best wood available.

It should be noted that the workbook contains an extremely detailed section on wood selection. However, this is a positive development.

As many people are aware, it is a considerably more complicated subject than they understand. After you’ve finished reading it, I recommend that you print down the dos and don’ts of wood selection so that you can refer to it when you’re out buying wood.

Aaron even recommends a place where you may purchase the proper type of wood for barbecue.

Because I am a great fan of barbecue food, I have spent a lot of time throughout the years watching television shows that feature this type of cooking.

As a result, I was under the impression that I was pretty knowledgeable about the subject.

As a result, I was pleasantly pleased by how much I gained from Aaron Franklin’s Texan barbecue lesson. Virtually every video provides helpful hints and techniques that I had never heard of or used before.

To give you an example, Aaron demonstrates how to prepare and season your meat in such a way that you can always keep one hand clean.

This is critical from the standpoint of food safety and security. Also made feasible is the ability to open and close the smoker door in a secure manner.

Aaron’s techniques of instruction were particularly appealing to me. He does an excellent job of tying everything together. This course will be of interest to everyone who has a passion for eating.

However, if you want to learn how to cook on a kettle grill or with a gas smoker, you may need to enroll in an additional class.

The techniques of grilling and smoke cooking that Aaron teaches are applicable in a variety of situations. However, he does not discuss topics such as how to set up an electric smoker or how to get it up to temperature.

This article on “James Patterson Masterclass Review” will provide you with the opportunity to read an in-depth evaluation of James Patterson’s Masterclass, including information on how the lessons are presented, who the course is best suited for, the cost, and what I liked about it, etc. For the greater part of two decades, James Patterson…

This article “Bobbi Brown Masterclass Review” will provide you with the opportunity to read an in-depth evaluation of Bobbi Brown’s Masterclass, including information on how the lessons are presented, who the course is best suited for, and the cost, what I enjoyed about it, etc. Are you curious about the components that make up the…

This article “Wolfgang Puck Masterclass Review” will provide you with the opportunity to read an in-depth evaluation of Alicia Keys Masterclass, including information on how the lessons are presented, who the course is best suited for, the cost, and what I enjoyed about it, etc. I got into the routine of looking at recipes on…

In this Chris Hadfield Masterclass review, we’ll talk about his space exploration masterclass. We all have watched some fantastic movies on space exploration including Interstellar, The Martian, ET, Close Encounters of The Third Kind, and more! I’m sure many of you are great fans of such movies and sometimes might wonder how is it like…

In this article (Masterclass Refund), you will learn about my experience with a MasterClass refund, as well as the policy, when you can cancel your subscription, and what happens if you do. You just bought a MasterClass but aren’t thrilled with it. Or maybe you’re hesitating to spend $180 until you find out if you… 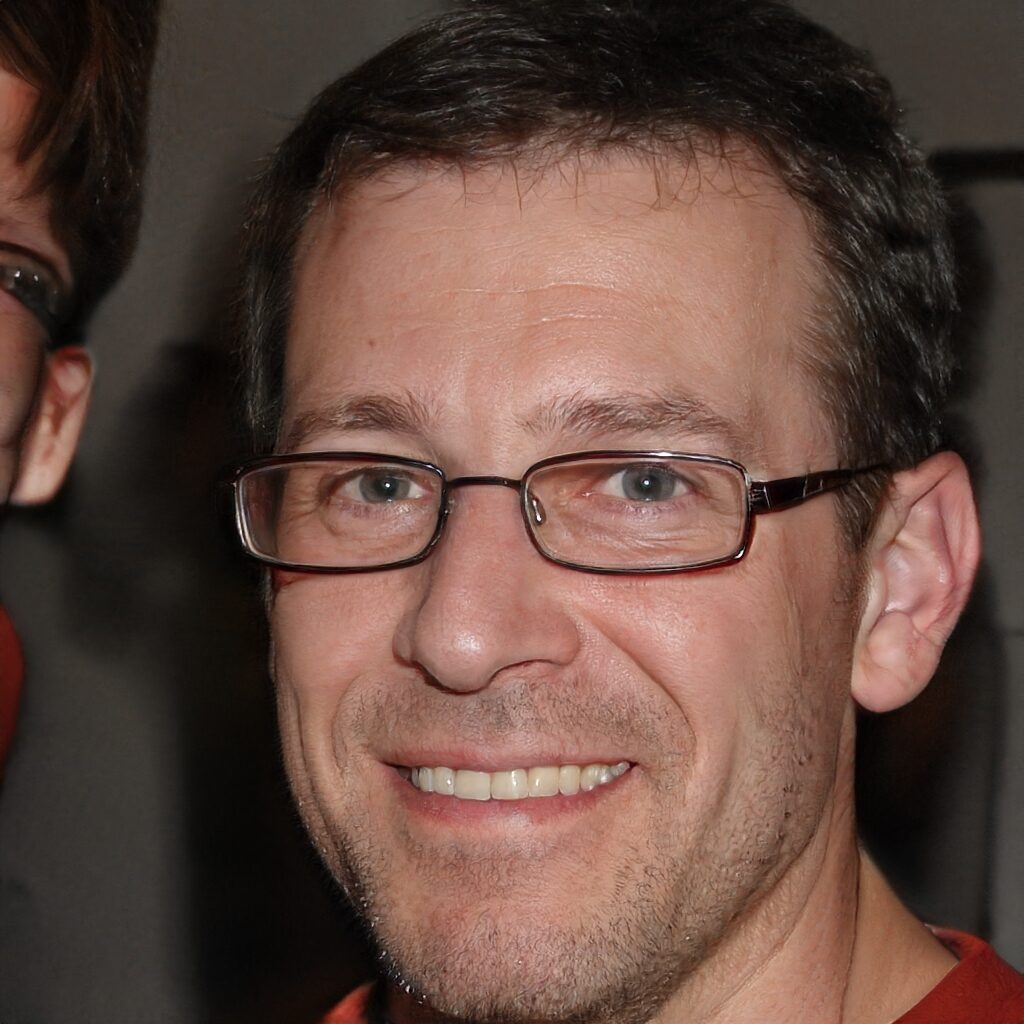 Hello, my name is Mike Alves, and thank you for visiting Online Course Rating. I examine the most popular online courses available on the internet and provide in-depth analyses and reviews of each course.